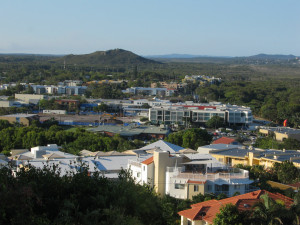 In 1997 the Integrated Planning Act was passed and represented a major shift in Queensland planning law, moving from a prescriptive approach to “performance based” assessment of development impacts. Since then, the IPA underwent numerous minor amendments until the last big over-haul of the planning system resulted in the reincarnation of IPA as the Sustainable Planning Act 2009 (SPA).  Among other refinements, SPA for the first time specifically recognised climate change as a matter to be considered in “advancing the Act’s purpose”.

In 2015, planning “reform” is back on the agenda with two sets of new planning bills expected to be on the table of parliament before the Christmas break.

Now in Opposition, the LNP has tabled their Planning and Development (Planning for Prosperity) Bill 2015 in June this year following a consultation process run during the last term of government by then planning Minister Jeff Seeney.

The “Planning for Prosperity” Bill departs significantly from both IPA and SPA, with environmental concerns all but excised from the purpose and a massive weakening of certainty, transparency and accountability measures as huge swathes are transferred from the substantive Act to subordinate legislation or guidelines. Third party (individual and community) rights are significantly reduced and the Seeney SPA amendments allowing court costs to be awarded against losing litigants are perpetuated in the Opposition’s new bills.

With the election of the Palaszczuk government in January, there was an expectation that the incoming Deputy Premier and current planning minister, Jackie Trad MP, would reject the incredibly deficient LNP Bills and advocate for the SPA – or at least to return to SPA as the starting point for the new government’s planning reform process. There was disbelief amongst the environment sector particularly when the latest Draft Planning Bill 2015 released on 10 September, is entirely based on the Opposition’s Planning for Prosperity Bill 2015!

Some improvements but not enough

The Deputy Premier has made some significant improvements by returning ecologically sustainable development (ESD) to the core purpose of the bill and reversing many of the community concerns around third party objection and appeal rights and – partially- the awarding of costs.  She has also willingly pulled back on the unfettered use of ministerial power included by the previous Deputy Premier in his draft bill.

However, in their current form, both of the draft planning bills still represent massive roll backs of the hard fought environmental gains of the 1990’s.  Many of the elements of IPA that were specifically designed to retain specialist environmental protections, and ensure high levels of accountability and transparency, have been weakened or removed.

Regrettably, it seems the Sustainable Planning Act 2009 has now been all but dispensed with devoid of  any substantial public debate on what is worth keeping or why the development industry thinks it is so redundant.

In a sign the Opposition has accepted the Deputy Premier’s rather unfathomable position both sets of draft planning bills are to be considered by the relevant Parliamentary Committee concurrently later this year.