The Sunshine Coast has a great diversity of landscapes and soils, ocean currents and local climates.

The region takes in the shallow mud flats of the pumicestone passage, the sandy soils of Noosa North Shore, the steep rising escarpment of the hinterland and the rich waters of our coast. This diversity has created a rich tapestry of ecosystems – communities of living and non-living things that exist in an interdependent relation. The Queenlands herbarium recognises 84 regional ecosystems on the Sunshine Coast.

On the edge of the ocean and the land is a vulnerable ever changing landscape with unique natural values. This zone is as important to the nesting turtles as it is to shore birds. Plants that have evolved to cope with the windy and salty conditions and characterise these ecosystems include spinifex, pandanus and sheoak. These plants play an important role stabilising our coastal zones offering protection to our coastal community.

In the inter tidal plains lies a kingdom of mudflats and salt marshes. The dominant species in this ecosystem is without a doubt the mangrove of which there are six commonly found on the Sunshine Coast. This ecosystem offers an ideal environment for many animals such as crustaceans, molluscs, and many insects. These form a rich source of food for many local and migratory birds and many fish species – with an estimated 75% of fish caught in Queensland either directly or indirectly dependent on mangroves.

In the shallow waters of the Pumicestone Passage and Noosa River grow large beds of seagrass – consisting mostly of eelgrass (Zostera capricorni) and paddleweed (Halophila ovalis). Seagrasses offer shelter to many fish and crustaceans and are important feeding grounds for dugong and turtles. Seagrass communities are very sensitive to disturbances in water quality (from urban, agricultural or industrial run off) and need plenty of light to enter the water. Their ability to store CO2 is up to three times greater than a comparable area of land based forests.

Heathlands – also known as “wallum” – once dominated the coastal plains of the Sunshine Coast but have largely been lost to make way for housing developments. Wallum communities are characterised by low vegetation including banksias and a great variety of wildflowers interspersed with areas of paperbarks. They often have highly acidic soils and waters and are home to some unique creatures that have adapted to live in an environment with low pH levels such as the wallum (or acid) frogs. Wallum communities play an important role in filtering storm water before it enters our waterways.

These dry eucalypt forests are characterised by the wide spacing between trees. The understory is made up of grasses and grass trees and shrubs including wattles and sheoaks. These forests can thrive on many different types of soils and at different altitudes and may be found throughout the region. Fire is a natural part of these forests and many plant species have evolved to survive or even depend on regular bush fires.

Wet eucalypt forests can often be found bordering the rainforests of the region. These forests are characterised by tall trees such as flooded gums and brush box, palm trees including the cabbage palm and walking stick palm and various types of bracken and fern in the understorey. Wet sclerophyll forests occur on fertile soils in areas with high rainfall.

The Sunshine Coast has many pockets of subtropical rainforest. These forests have a dense canopy restricting the amount of light that can reach the forest floor. Ferns, palms, vines and epiphytes are commonly found beneath the canopy created by rainforest trees such as the strangler fig. Distinctive trees that are easily recognisable include the piccabeen palm, the bunya pine and the hoop pine. Rainforests have a high level of biodiversity among flora and fauna species.

The rocky soils of mountain tops and plateaux offer few nutrients resulting in low growing vegetation dominated by heath. Plants are often exposed to harsh conditions of full sun and high winds. Montane heath species include the Queensland peppermint and golden candlestick. These communities can be found on most of the mountains whose shape dominates our coastline such as Mt Coolum, Mt Tibrogargan and Mt Tinbeerwah. 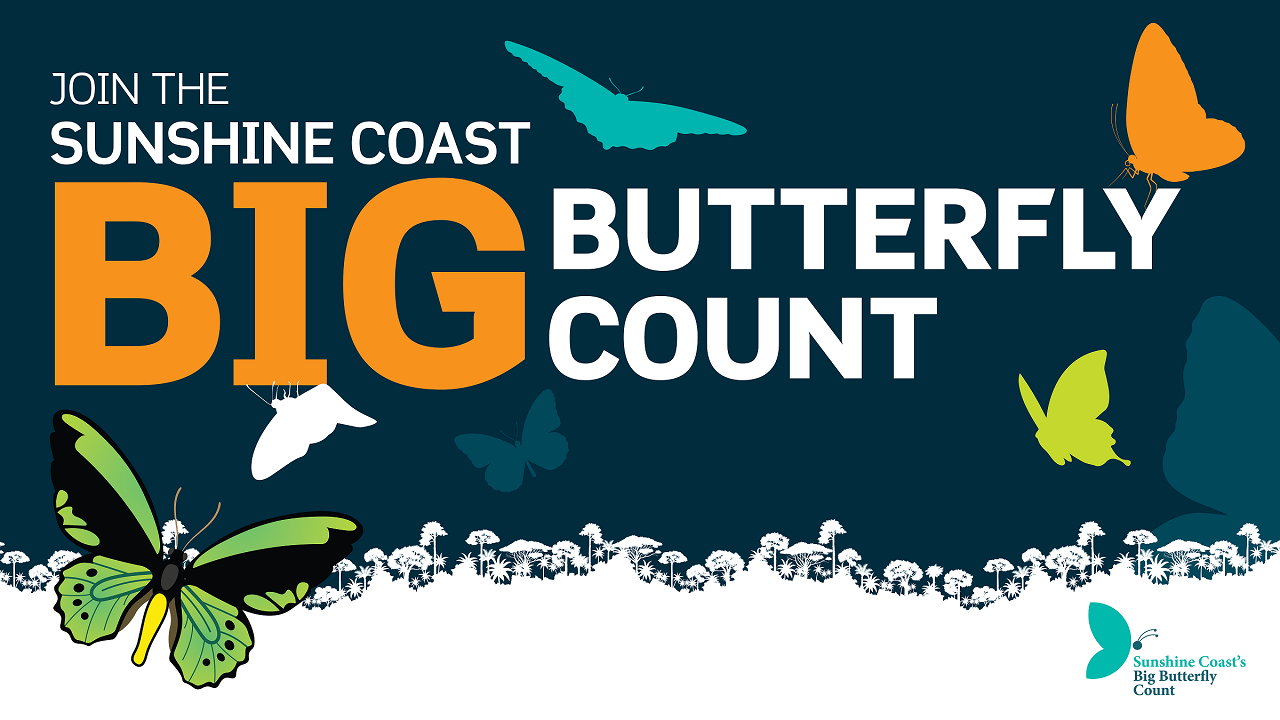 Butterflies on the brink with Professor Roger Kitching 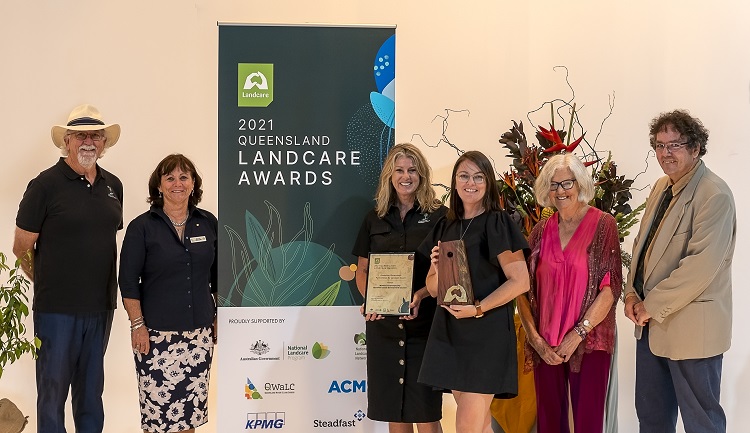 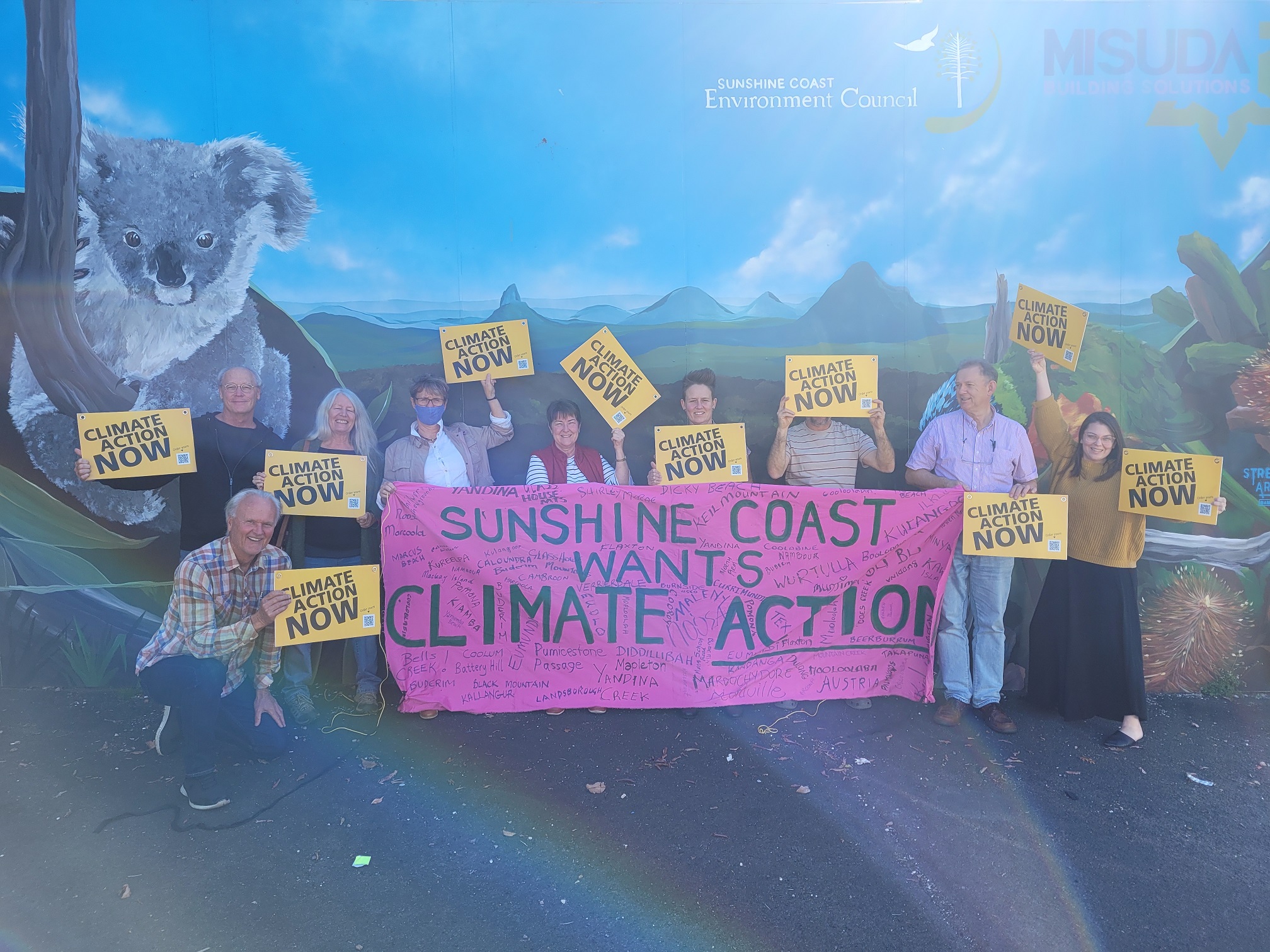