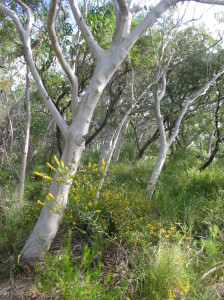 This week more legislative rollbacks necessary to protect an increasingly fragile environment have been pushed through state Parliament.   A raft of amendments are being passed under the Nature Conservation & Other Legislation Bill (No 2) 2013.  Citing expected economic benefits from reducing environmental assessments & its supporting framework, the govt puts out the line that this doesn't mean a reduction in environmental standards. Unfortunately, there is little evidence this will be the case. The consequences of ditching important 'checks & balances' while also ignoring accelerating biodiversity decline will see this government preside over a disastrous environmental legacy. Economic impacts from necessary environmental regulation are overstated, while the environmental, cultural & social impacts grossly understated.  The broader community needs to challenge these far reaching laws set up to benefit vested & short-sighted interests.

The Committee's report 31 Nature Conservation and Other Legislation Amendment Bill (No. 2) 2013, tabled in the Legislative Assembly on Wednesday 9 October 2013, is available here.
×