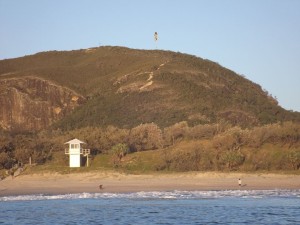 While the special meeting of Councillors to deliberate major amendments to the new planning scheme which could undo the overaching strategic framework to allow high rise at Yaroomba and elsewhere has been deferred from 01 December to an as yet to be set date in early 2015, the issue and concerns have not gone away.

This has been released today by the Mayor

The Sunshine Coast Council will not be considering any major Planning Scheme Amendment information for the Sekisui House land at Yaroomba until next year, following a deferral of the meeting that had been set down for early December.

Further information from Council technical staff, and separately from Sekisui House, is still required for Council to properly consider any amendment to the Planning Scheme.

Any amendment, if it were to be proposed by Council, would involve public exhibition and the consideration of submissions from the community.

We're not at that point yet and a meeting of Council to formally consider a potential amendment to the Planning Scheme for the Yaroomba site is yet to be scheduled for the new year.

That Council is even considering letting Sekisui House be the 'architects' of our planning scheme by allowing their concept plans to determine far-reaching changes and circumventing assessment via what should be a development application process continues to be outrageous and highly inappropriate.

Councillors still need to know how the community feels- so please let them know. Saying we can comment on an unwanted proposed amendment  is a step too far given that it is triggered not to serve the community interest but developer interest.