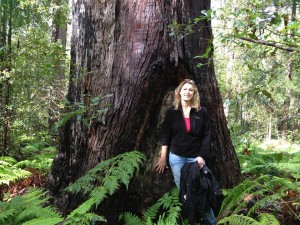 The region’s peak environment group says it remains in favour of a motorsports facility but the site identified by the state government is the wrong place.

“Contrary to claims by Minister Dickson, the area known as the Mooloolah Logging Area within the Beerwah State Forest contains high environmental values which are vital for the region’s biodiversity and amenity.” Sunshine Coast Environment Council spokesperson Narelle McCarthy explained.

"In putting this site forward, Steve Dickson MP is ignoring his responsibility as Minister for National Parks by directing the unnecessary destruction of lands that were in transition to conservation estate under the South East Queensland Forests Agreement. A landmark agreement he had the whim to scrap.”

SCEC supports the right mix of tourism and recreational opportunities in appropriate locations across the region” Ms McCarthy reiterated.

“This is a case of a good idea in the wrong place” she emphasised.

“We recognise illegal riding in protected areas is an issue. However, the impacts from this need to be realistically measured against the massive direct and indirect environmental impacts which will occur if this site is progressed.” she said.

“Providing legal and safe off-road areas is important, so making use of pine plantations and improving degraded areas to establish these experiences is clearly a more rational option.”

“Pushing the motorsports proposal through state government tender further excludes the community from accessing information or being subject to proper scrutiny. This is inexcusable given its significance for the region and the use of valuable public assets without consultation.” she said.