What could have been...

A brief story of what could have been if SCEC, its member groups and a critical mass of people had not joined together to oppose unsustainable development across the Sunshine Coast. Without these efforts, it could have been an entirely different story. Written by SCEC life member, Elaine Green/Ricketts.

It is easy to despair in the environment movement and to feel that you are not making a difference. So, it is timely to recall what the Sunshine Coast might have looked like without the ‘wins’ for the environment achieved by conservationists, including many SCEC members, over more than three decades.

To begin with, to our far north, Fraser Island could have been logged and sand mined and left impoverished instead of harbouring its World Heritage treasures. The Cooloola sand mass too would have been mined and its forests logged, the water table drained to enable residential development and its bounty of wildflowers lost forever. 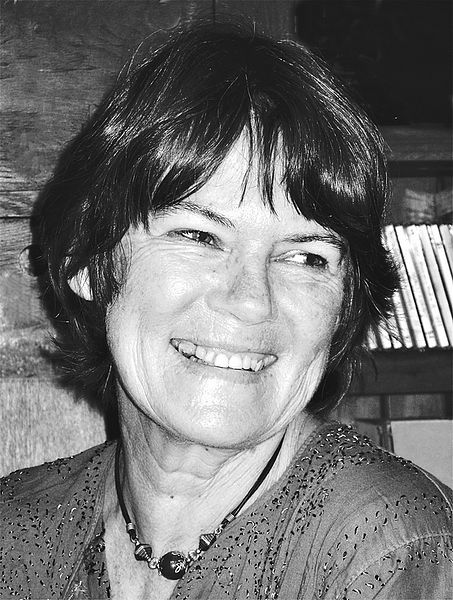 A bridge across the Noosa River to a giant tourist resort, wrapped around with residential blocks, could have garnished the northern side of the Noosa estuary. The entire river mouth could have been rock walled and from the southern shores, Club Med could be operating high speed boats between the two resorts. Instead of Noosa National Park, visited by more than a million people each year, there could have been a road around to Sunshine Beach with hundreds of hectares of residential development plus canal estates all the way up the estuary.

At nearby Noosa Junction, the Sunshine Motorway could be funneling all traffic into this congested area, which would by now have multiple high rise buildings. Further south, the Marcus Dunes could have a massive ‘chest of drawers’ style development spilling down its flanks instead of perched lakes and endangered flora. Peregian would be crowned by the Big Rocket tourist dis-attraction and in the low lying areas that are now Weyba and Emu Swamp National Parks, there could be concrete lined canal estates joining Stumers Creek, Lake Weyba and the Noosa River. The best view of this mass of urbanity would be from the top of Emu Mountain – adorned with MacMansions and a water tower.

Coolum could be full of high rise buildings and Stumers Creek lagoon the main canal. Mt Coolum could be topped with restaurants, other commercial buildings and a gondola bubble style chairlift, with abseilers bouncing off its rock faces and Tourism Central at its base.

The high rise could have continued all along the coastal areas of Marcoola, Mudjimba and Maroochy North Shore, which would have a Twin Waters resort of considerably more height and size, plus a canal estate with direct ocean access to a rock walled Maroochy River. Goat and Channel Islands in the Maroochy River could have commercial developments and Mudjimba Island could be buzzing with helicopter flights and mass tourism. The high rise in Maroochydore could have been much more extensive and the river could have canal estates for kilometres upstream. The fishing would be futile.

At Mooloolaba Beach there could be rock walls instead of casuarinas and the harbour tucked into the southern end of the beach. Across the Mooloolah River at Point Cartwright there could be a swimming pool blasted into the rock platform and a nearby bus terminal to bring in the masses. All along the Kawana stretch of coast, the dunes could have been completely flattened and there would be no Kathleen MacArthur reserve to remind us of what it used to be like.

The estuary at Caloundra could have been a rock lined harbour with marina and easy access to the pulp mill loading facility on Bribie Island. Bribie itself would have more housing instead of national parks. Pine forest to feed the pulp mill would cover the region. Without the Regional Forests Agreement, the magnificent rainforest of the Conondale Ranges would be plantations instead of national parks. A dam on the Mary River could have become part of the South East Queensland water grid and all our rivers would be more polluted and degraded without the awareness that water quality monitoring and catchment care groups have created.

This is not conjecture. All these things and more could have happened if SCEC, its member groups and a critical mass of people had not joined together to oppose them and to lobby various levels of government. This is the tip of the iceberg in terms of the whole of Australia, but effective conservation certainly begins at home and as a region we can be proud of how we have collectively shaped the Sunshine Coast and hinterland that we have today. Without these efforts, it could have been an entirely different story.

Defence of these natural values demands eternal vigilance.National parks are nibbled away at and (in 2013 Queensland) threatened by commercial development. Political cycles bring change that is not always welcome and can set back environmental issues by decades with the stroke of a pen. Today the internet has enabled everyone to be informed, to contribute to debate and to infl uence political outcomes. It has never been easier or more important to be green – take a stand.

WED has been celebrated all over the coast, from the first time at Fairhill native nursery, many years by the Maroochy River at Cotton tree, Eumundi Markets and the University of the Sunshine Coast.

​The festival has grown into the region’s biggest environmental event and holds the title of the longest running event of its kind in SEQ, maybe even the world.

​The 2012 Festival took out one of five categories in the UNEP WED challenge, giving WED SC international recognition. The 2017 event took out Queensland State Champion at for the Best Charity or Cause Related Event of the Year at the Australian Event Awards and we couldn't be more proud! 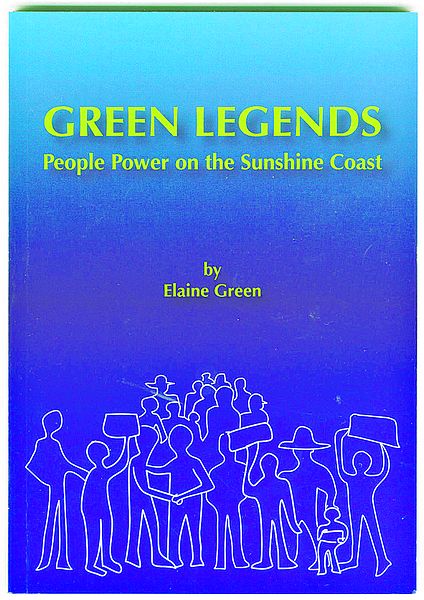 For those concerned with the future of the Sunshine Coast environment, the book Green Legends is a fascinating insight into our past and the importance of vigilance both now and in the future.

Written by former Maroochy Shire councillor and Sunshine Coast Environment Council manager, Elaine Green, this small but well researched account of the various trials, tribulations and campaigns since the late 1970s by one who was intimately involved at an intellectual and active level.

All proceeds from the sale of this book go directly to the Sunshine Coast Environment Council Inc. Green Legends is available at Rosetta Books in Maleny, Fairhill Native Plants at Yandina and from SCEC at 3 Porters Lane, Nambour – also the Co-Op Bookshop at the Sunshine Coast University. If you'd like one sent to you, just give the SCEC office on (07)5441 5747 and payment can be made over the phone.