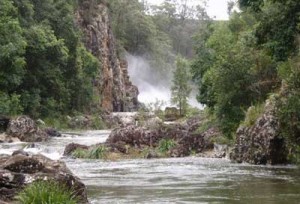 In the lead up to the September Federal Election, we need you to speak up for the places you love by telling the major political parties that final environmental approval powers cannot be trusted in the hands of the states. The laws that protect the places you love in Australia are under threat like never before, but you have the power to say what happens next.

State governments in Queensland, New South Wales and Victoria already have our cherished national parks and nature reserves in their sights and are systematically weakening state planning laws that allow damaging practices like mining[1], logging[2], dredging[3] and grazing[4] to occur.

It is clear that state governments cannot be trusted to protect the places and wildlife we love.

So what can you do? It’s simple: we need you to email the people with the environment portfolio in each of the major parties – Mark Butler (Labor), Greg Hunt (Coalition) and Larissa Waters (Greens) – and tell them how important this issue is to you.

Then, make sure you forward this email far and wide so your family, friends and colleagues also have a chance to support the places you love by taking part in this action.

Let’s take a stand against this together and demand that our national parks and wildlife reserves are left alone for our most treasured native species, just as they were intended to be.

Collectively, we can stand up to big industry and environmentally reckless state governments.

Earlier this year, together we were able to show our political leaders that the federal laws that protect the places we love are too precious to handover to the states.

We need your help – together, we can stop this again.

The Places You Love team

PPS. Australia has one of the worst extinction rate for mammals in the world, and if environmental powers are handed to the states, we can expect that some of our most iconic marsupials like the bilby, northern quoll, and even the koala, already at risk, could lose even more habitat to destructive development.