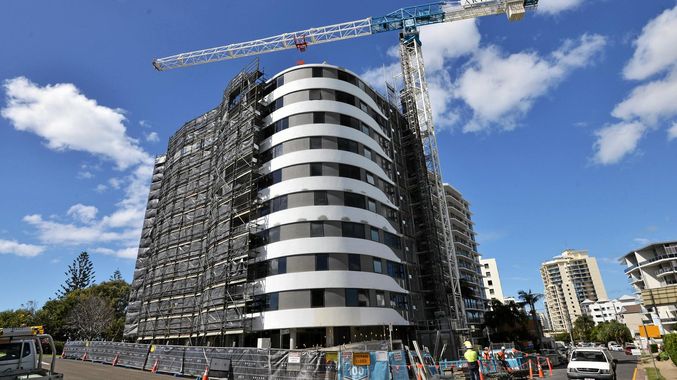 When questionable planning approvals are relaxed even more…it’s time to tighten up the generous loopholes and return planning to the people!

One example is the construction of Breeze Mooloolaba by Aria property group which was built violating its Sunshine Coast Council development approval.

The original approval had already been relaxed in compliance with the Planning Scheme requirements relating to bulk, scale and setback and was only supported on the basis of the architectural design which was considered to deliver a landmark building in Mooloolaba.

When it was ‘discovered’ that approval and design conditions had been breached during construction, it went back to Council where it was argued that the changes would have the same outcome of the original refusal. The approval had already agreed to site coverage of 56% compared with the Sunshine Coast Planning Schemes 40% maximum site cover.  Councillors debated whether to retrospectively approve the breaches – and they did…

Under planning schemes, the vast majority of applications are being code assessed leaving the residents with no right to object or appeal. And usually, with a poor planning outcome!