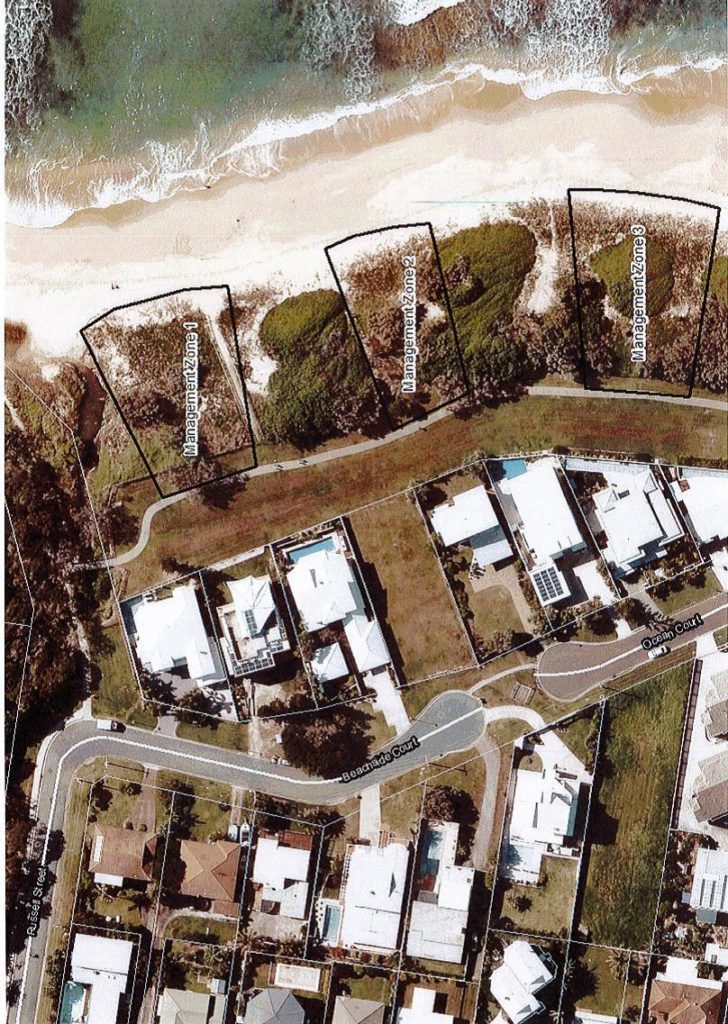 Conservation of our coast or ‘beachfront garden’ for a few?

A small group of North Shelly Beach residents has approached the Sunshine Coast Council (item 8.2.1 of the 23 March Ordinary Meeting agenda) requesting a change in management of the dunes between Russell Street and William Street to provide for their improved scenic amenity.

Councillors need to know your views before Thursday 23 March!

The area is currently cared for by local Turtlecare and Dunecare groups supported by Council officers as it has been for many years. Shelly Beach has the highest number of turtle nests for such a condensed area of beach on the Sunshine Coast with eighteen nests this season, predominantly the endangered loggerhead turtle and the vulnerable green turtle.  Turtles have consistently nested on this stretch of beach since monitoring began well over ten years ago.

With climate change and warming sea temperatures, the Sunshine Coast could likely be the next Mon Repos and needs to be protected for such significant conservation values.

Although the implementation plan has been amended from a previous version by Council officers to now recommend pruning and relocation of trees rather than removal, the creation of three "view sheds" will lead to increased light penetration into the turtle nesting areas.

Light glow is already an issue along this stretch of beach so any increase in glow by creating additional gaps in vegetation will see this become a much more serious issue. Light glow is shown by a growing body of scientific evidence to disorient emerging hatchlings. Illumination from housing will adversely affect their ability to reach where they need to be, the sea.

The Sunshine Coast Council will be voting whether to progress this vegetation trial to public consultation at the 23 March Ordinary Meeting in Caloundra starting at 9am.

Supporting such a trial would set a dangerous and unnecessary precedent encouraging private landowners to influence management of public lands and sensitive conservation areas.  We urge anyone concerned by this move to contact the Mayor and Councillors to vote against its adoption.

Furthermore, were the proposal to progress to the suggested limited public consultation, the time allowed is currently inadequate at just 10 business days. The Council report, plan, information sheet (website link) and questionnaire are proposed to go on the Council website on 24 March with a public meeting scheduled for 08 April. The consultation period will close 10 April.

Councillors need to consider if this is a piece of our dynamic coastline to be ‘managed’ as a private ‘park and garden’ or a natural, environmentally sensitive dunal system deserving of protection and revegetation? We think the latter!

With the newly introduced limited lead time ahead of meetings only providing the agenda documents on the Friday before the Thursday meeting, please act now to let Councillors know your views before the meeting on 23 March.