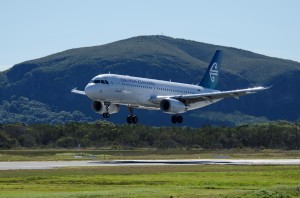 There has been significant  public discussion about the airport expansion project with it being a particularly 'hot topic' during the local government election campaign earlier in the year. While there has been reported support for the 'New Runway' and it is consistently referred to by the Mayor as a 'game-changer' and a feature of the Sunshine Coast Regional Economic Development Strategy, there is also concern about the robustness of the business case and a potential financial burden for ratepayers.

Notably, support for the 'New Runway' option has been based on an absence of detail of all the options required to be considered in the EIS and without any full disclosure, analysis, or reference to the economic assessment results or the predicted aircraft movement figures for the 'Do Minimum' option.

The Terms of Reference for the Environmental Impact Statement (EIS) require adequate assessment and commentary of alternatives to the Project to allow any reader to understand selection of the preferred option.

Why is SCEC involved in economic issues?  Investigations for SCEC by specialists included overviews which identified significant concerns regarding the influence of the project economics on the environmental outcomes of the various options.  Both the 'Do Minimum’  and  ‘Do Nothing’ options allow for avoidance and the minimisation of environmental impacts as opposed to the range of  environmental impacts and risks relating to the 'New Runway' (including extensive clearing) which require significant mitigation and offset measures.

While environmental matters are always of the utmost concern, the Sunshine Coast Environment Council (SCEC) was also initially concerned that economic matters raised in its submissions for the EIS were not adequately addressed by Sunshine Coast Council (SCC) in responses in the Additional EIS (AEIS).  This concern was stated in the AEIS submission by SCEC and was also subsequently expressed directly to the Office of the Co-ordinator General. Consideration of viability also influence sustainability and environmental outcomes.

In particular, the Net Present Value (NPV) result for the ‘Do Minimum’ option as released in the AEIS, indicates that it is a better option than the ‘New Runway’ option, from an economic benefit/cost perspective.  The Sunshine Coast Council did not provide any comment in the AEIS, and to date, has not provided any further explanation or detailed information in response to subsequent direct requests by SCEC.

The economic assessment results are summarised as follows:-

The Co-ordinator General’s (COG) report also did not make any reference to the better NPV result of the ‘Do Minimum’ option, notwithstanding additional submissions by SCEC to highlight this issue.  To date, the Office of the Co-ordinator General has not provided any further adequate explanation or information in response to subsequent direct requests by SCEC to explain the lack of any informative commentary on the rejection of the ‘Do Minimum’ option.

The EIS also assessed the commercially related economic benefits to the region resulting from the construction phase of the airport and the increase in visitors.  For the ‘New Runway’ option, this Gross Regional Product (GRP) amounted to a total of $139 million until 2020, and a further $4.1 billion from 2020 to 2040.  To date, the SCC has not provided any GRP results for the ‘Do Minimum’ option.   The GRP amounts will be lower because less cost is involved and less aircraft movements / passengers occur.

The COG report uses the term Gross Value Added activity (GVA) instead of GRP but quotes similar results.  There is no reference to results for the ‘Do Minimum’ option.

[Note:  The EIS/AEIS and COG report did not provide any details for the economic assessment for the ‘Do Minimum’ other than the above results.  The submissions by SCEC also identified various significant possible errors in the economic assessment for the ‘New Runway’ that were not commented on by SCC or COG, but could reduce the BCR for the ‘New Runway’ to less than 1 ie not economically viable because benefits would be less than the cost.

These significant ‘possible errors’ included that Noosa Council area is the only other Council  area specifically  included in the assessment for the benefits of $4.1 billion, thus, will be required to share the expansion  cost of $347 million.]

The EIS also shows that aircraft movements for a busy day in 2040 will only be about 15% more for the ‘New Runway’ compared to the ‘Do Minimum’ option ie there is likely to be only an incremental increase in total passengers from the new international routes for an additional cost of over 330% more for the ‘New Runway.' The NPV results should include the total benefits associated with each option.  Significant commercially related benefits (GRP / GVA) will also still occur for the ‘Do Minimum’ option due to the associated passenger growth.   SCC has not highlighted the relatively small increase in passengers for the large extra cost, to date.

[ Note:  The Business Cases prepared for SCC in 2009 & 2010, as well as the recent report by the Royal Canada Bank, identified that the cost of the ‘New Runway’ expansion of the airport is not commercially viable for Council alone, unless a grant / loan and/or business partner can be secured to offset the cost to Council.]

The COG’s report has noted that financial / commercial considerations are outside the scope of the EIS and are the responsibility of SCC.

SCEC has also briefly assessed the extent of environmental impacts for the 2 options.  The following extract is from the AEIS submission (Summary) by SCEC with regard to the ‘New Runway’ option:-

'As was outlined in the EIS, the project (ie 'New Runway') has the potential to have a number of environmental impacts. Some of these impacts can be avoided through appropriate management strategies (e.g. dredge impacts, salt water intrusion etc.) whereas others are likely to have a residual impact requiring offsets.

It is noted in the Coordinator-General's report that a biodiversity offset strategy consistent with the commitments provided in EIS documentation is yet to be finalised. While SCEC is currently looking closely at the conditions and recommendations within the report, we also keenly await the final strategy to ensure the necessary environmental protections highlighted  in our submssion are addressed.

While SCEC is still not in a position to assess relevant noise impacts, the expected  improvements for  environmental impacts , as well as the demonstrated economic advantage, has strongly suggested that the ‘Do Minimum’ option is a much better overall alternative to the currently proposed ‘New Runway’ option. It is also significantly cheaper and much more cost effective.

The COG report has noted that helicopter movements have been included in the noise assessment:-

The report also noted an increase in newly affected dwellings for the ‘New Runway’option:-

‘Whilst there are significant reductions predicted in dwellings affected, the EIS identified a potential increase in aircraft noise at some dwellings in Yandina Creek, Mudjimba and the southern part of Marcoola. Due to east–west flight paths and flight operations, approximately 154 dwellings in 2020 and approximately 716 dwellings in 2040 could be located in a higher ANEC.’

In view of the economic assessment result revealed in the AEIS, the environmental impact avoidance strategies  (and other minimisations) offered by the ‘Do Minimum’ option, it would seem reasonable that the ’Do Minimum’ should be the preferred approach for airport expansion to be recommended by the COG (or refusal of the EIS as it stands). At the very least, it should have been discussed at much greather length.  To date, the Sunshine Coast Council has not shown otherwise other than to say that the 'Do Minimum' does not align with its 'vision'.

The COG Report has noted that all submissions have been considered, thus SCEC's various submissions.  The Report provides no further comment on the NPV results for the ‘Do Minimum’ compared to the ‘New Runway’, other than a statement noting possible (minor) benefits, but without any quantification- unlikely to make $50m extra in discounted benefits.

The questions raised in our various submissions regarding ‘Do Minimum’ as the better option from a range of perspectives have still not effectively been referred to or addressed. SCEC considers that details which provide a fulsome explanation of the ‘Do Minimum’ in the interests of a robust and transparent process should should be made available as without such information it appears that it is the overall better option than ‘New Runway’- economically and environmentally (until shown otherwise).

Further, the COG report has noted that the new CASA compliance requirements for airlines ‘could reasonably be expected to continue in the foreseeable future’.  This effectively indicates that ‘Do Nothing’ is a feasible option (until shown otherwise) from this perspective.

The predicted future aircraft movements for ‘Do Nothing’ will now be essentially identical to the ‘Do Minimum’ rather than curtailed by the previous CASA requirement for the airport beyond 2020.  The new requirements also appear to be acceptable to airlines as evidenced by the subsequent growth in flights as released by SCC regularly.   Thus, the extent of ‘Do Minimum’ benefits will still be there for a ‘Do Nothing’ option, but without the need to even spend $80M.  The CASA requirement no longer dictates a need for a runway improvement, as noted by the COG report.

One of the strategic areas of SCEC's work is 'good government' which, by its nature, includes transparency and accountability. The required high level of such fundamentals necessary for this project have been disappointingly lacking.

The Commonwealth is expected to make a decision on the project under the Environmental Protection Biodiversity Conservation Act 1999 (EPBC) by the end of June. Its decision will be based on the extent (or lack) of information provided to it in the EIS/AEIS. SCEC is liasing directly with the Department to ensure all necessary information is duly considered.

While SCEC continues to ensure that environmental matters are given the priority they deserve, we remain mindful of the comments of the independent experts we engaged to review the EIS, that the project as described, does not meet sustainability criteria.

SCEC's submissions can be viewed

The Coordinator-General's report can be viewed here

On behalf of the Sunshine Coast Environment Council (SCEC)