What’s next for the Sunshine State? Uranium says the govt 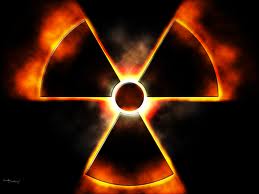 In the space of the last 48 hours, the Queensland government has released its 30 Year Electricity Strategy Discussion Paper where it says;

The Queensland Government does not see any need for nuclear energy in Queensland. Queensland has abundant, low cost energy resources such as coal and gas and, with falling electricity demand, will unlikely require the construction of a large base-load generator in the next decade. In addition, the use of nuclear power for electricity generation is currently prohibited by both state and federal government legislation.

According to the International Energy Agency’s World Energy Outlook 2012, nuclear power globally is an important and proven technology. Nuclear technology also continues to develop with improvements in the efficiency and safety of existing technology. However, there remains a number of significant issues to be addressed before nuclear power should be considered as an alternative in Australia. These include:

So while the short-sighted use of fossil fuel is still promoted in what is meant to be a long-term strategy, it's also full steam ahead to progress uranium mining. Here's the Media release by Minister Cripps and the 'recommencement story' so far

Queensland's renewable energy industry could certainly do with the kind of support and 'special treatment' being extended to the uranium mining industry. Could it be something to do with royalties?

Please take the opportunity comment on the 30 Year Electricity Strategy Discussion Paper. Submissions are due by 6th December